"A growing crisis in the publishing industry has implications for Turkey’s cultural vibrancy and freedom of speech."
Kaya's questions and my answers, in full:

- As a writer and publisher, what’s your take on this crisis? What are the main challenges you face as a result of Turkey’s financial meltdown?

It’s not only Turkey’s meltdown – there is a severe shortage of book paper on a global scale. Production has plummeted because many paper mills have recently opted to produce packaging paper for online giants like Amazon, whose sales have increased immensely after the pandemic. There is also the problem of logistics – it takes much longer than usual for the paper you have bought from Asia, for example, to reach you. This means that book paper prices are rising even without our local economic crisis. Combined with the melting Turkish Lira, this puts Turkish publishers in a really tough spot, something close to Sophie’s Choice – we have to decide almost on a daily basis which titles to kill or at least postpone indefinitely because we have only so much paper.

Coupled with the problem of rising costs, of course, is the drop in purchasing power due to rampant inflation. Wages are lagging behind and will continue to do so for the vast majority until 2023, meaning books will remain comparatively expensive.

- Some publishers say that the crisis is exaggerated, that books sold in Turkey are cheaper than those sold in Britain and Europe. What’s your take on that?

I have a “The Stranger Index” much like the Big Mac Index but based on Camus’ novel. What I do is calculate the number of paperback copies of the book you can buy in various countries with the GDP per capita adjusted by Purchasing Power Parity. According to the Index, books are more expensive in Greece, Italy, and the UK; about the same in France; and cheaper in Germany and Japan. I would say the issue here is not the expense of books but the propensity of the public to buy books. Turkish people have less money to spend but books are cheaper on the average, so it evens out; they just have to spend it on other things, more basic stuff like food and utilities. Publishers in Turkey try to counter that with increasing the number of titles they publish annually – on that scale, Turkey is in the same ballpark with France, for example, but the total number of copies sold is about seven times less in Turkey.

- For a long time Turkey’s book world was seen as a safe haven for critical thinkers and writers, because the government didn’t censor it as vigorously. Will this crisis effect the perceived rise of Turkish non-fiction books over the last decade?

The fear of censorship may in fact be greater than the actual censorship on the ground, because it has begun to work indirectly – books are not necessarily censored, but other types of maladies seem to be inflicted on publishers of “uncouth” books.

- Despite the sad situation of Turkish journalism, the publishing world has seemed vibrant and prolific. Nowadays translator friends of mine complain about their small fees, that they can no longer afford foreign books, or small luxuries. Do you witness similar stories? Will the crisis drive away creative millennials away from the publishing world?

Translators and editors traditionally constitute a group that is rewarded the least for their labor. The recent economic crisis has definitely added to their woes – publishers who find themselves short of cash lower and postpone payments to translators and editors – typically a translator receives 8 percent (before tax) of 2000 copies printed, usually a month after publication. Now the rates have fallen to 5-6 percent, less copies are printed, and depending on the availability of paper, the translator may have to wait a year before she gets paid.

- On a statistical level, did the crisis change the number of your print runs? And did have a big effect on sales figures? Is the effect different in Turkish vs. translated books? Is paying copyright fees the biggest issue here, or the cost of paper?

It definitely did. We are printing less titles with lower print runs. Sales are struggling to hold up for now, but my prediction is that we will see a dip for the year. Everything contributes to the crisis – copyright fees are paid in dollars or euros, ditto for paper, and the Lira continues to sink. This makes publishers less enthusiastic for taking risks with new titles, and in the end everyone turns to publishing the classics of the 19th and early 20th centuries – a sure sell in Turkey.

- How did the government’s cutting of the VAT from books in 2019 affect the book sales, and did it help during the Covid lockdowns?

It had no effect at all. Costs were already rising, as was inflation, so that the 8 percent reduction got gobbled up pretty quickly. 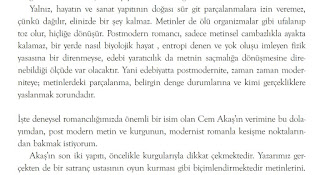